I discovered the break in on Thursday morning. The shop was all taped off and there was a policeman patrolling outside. He told me what had happened and said we weren’t allowed close to the shop, until forensics were taken.

The policeman said close to 80 things had been tossed out of the robbers car during the car chase, so I was thinking the whole shop had been ransacked, but it turns out they were throwing all kinds of other debris out of the vehicle.

The police took a statement from the team and finally we were able to enter the shop. It was noted that 6 bags and a laptop had been taken. We spent the whole morning sweeping up shards of glass and trying to make sense out of what happened. 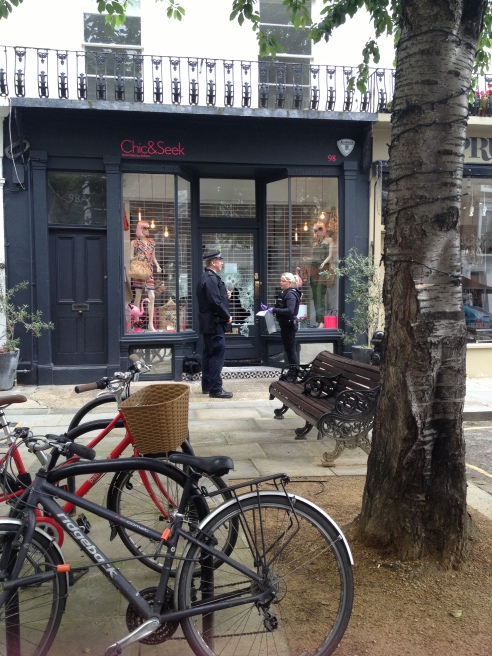 Fortunately I had CCTV installed in the shop by the fabulous Steve from Camerascan TV. We watched the tape back which was very distressing. The robbers were masked and took several attempts to smash the door in which was made of toughened glass. They were in and out very fast…but not fast enough! Two neighbours called the police because of the disturbance and they were on the case right away. The police chased them to Hammersmith, and then put ‘stingers’ on the road, that burst the getaway car’s tires. Then the men ran, but were chased by police dogs that eventually caught and attacked them. It sounded like a seamless operation and the police triumphed, amazingly all four men were arrested by the police.

At Chic&Seek we are aware of the lengths some women go to for shoes and bags…little did we know how desperate some guys are for bags too!! 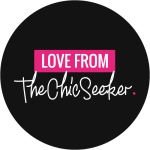 4 Responses to “The Big Bad Break In!”