The day we had all been waiting for came and went in practically the blink of an eye… It’s almost hard to believe it was all over quite so quickly. And now when we look back on this day we ask what is left? The most Chic Boutique in all of London of its kind (if not worldwide, although the Chic team is yet to spread its global wings! All in good time, all in good time…) Even the weather knows it. The sun has not stopped shining since the Grand Opening. Perhaps it’s something to do with the Buddha heads in the window after all, protecting the new Fashion Temple that has just graced the streets of London.

The business is named Chic for a reason. The day began on Wednesday the 12th of March 2014 with the chicest form of breakfast – a Champagne Brunch, with Champagne and Prosecco provided by the delightful Jascots and food provided by the lovely Peardrop London, including canapés of smoked salmon and cream cheese on rye bread, mini sausage rolls and granola pots alongside colourful and delicious juices giving you a health kick start to the day. As the guests rolled in, the products browsed (and purchased!), the music played and the sun kept shining brighter, the buzz was only just beginning… And of course, there can be no chic lady without a chic hand of nails so there were free manicures being provided alongside the fabulous party. 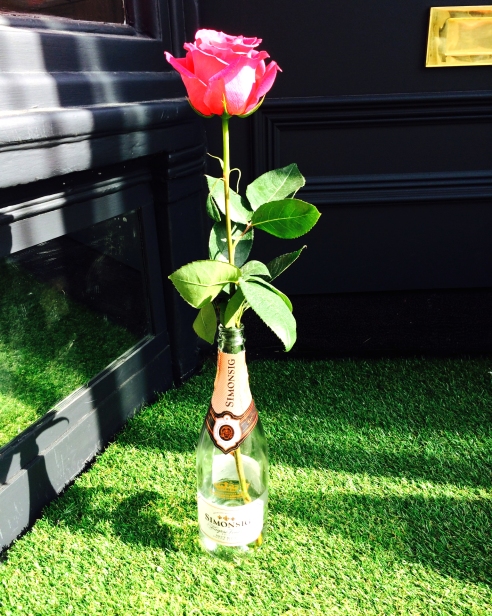 But this was just the beginning of a day that is to remain remembered by all with a very warm feeling in the heart. The afternoon began with a more relaxing vibe of tea, coffee and the most scrumptious selection of cakes provided by Pearl&Groove – all gluten free and made with a lot of love – because a party without cake is just a meeting! As the sun began to shift behind the buildings of Clarendon Cross, the final manicures given out and the evening canapés (again by the lovely Peardrop London) were being prepared, the Chic&Seek Boutique saw a very special appearance by Virginia Bates, the extremely glamorous and previous owner of 98 Portland Road. This was a truly emotional and special moment for both Tara and Virginia and of-course there were tears on both sides – it was evident that everything had fit into place perfectly.

Once the emotion was over, the hugs and kisses exchanged and the champagne glasses clinked, the music volume was pumped up and the bubbly started overflowing for all the guests arriving for the evening party… And what a party it was! The buzz could be felt for miles around. With the fantastic Golden Goose PR welcoming everyone at the door, all the guests were made to feel like A-List Celebrities at an A-List Party. Because A-List it was! The highlight of the night had to be the Grease theme, with our Pink Ladies serving the canapés and Danny-boy lookalikes clad in leather at the bar. Of-course, there cannot be a Grease party without a Grease Lightning car, and Tara’s father’s first car was parked outside all day laden with pink lightning to let everyone know where the ‘Chic Lightning’ Party was happening.

As the party drew to a close, the guests all thanked us and left, it is with great pride that Tara, above all, and her Chic Team will look back on this truly special day. It is sad for me that I have come to the end of my time here, but one thing I am sure of is that many, many great things lie in store for Chic&Seek and that all the hard work and effort until now (with many tears of both laughter and frustration along the way) were absolutely worth it, and I feel honoured to have been a part of what is just the beginning. 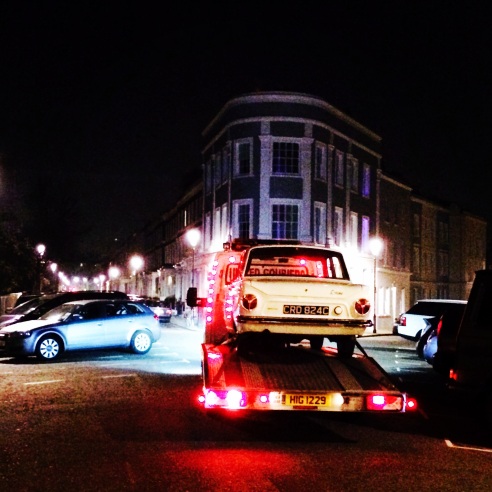